The Girl on the Cliff 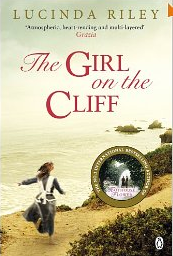 This is by no means lightweight romantic fiction.  The Girl on the Cliff  rumbles in at well over 500 pages, and what a well plotted piece of storytelling it is.

Novels, where the female characters sport names like “Aurora” and “Grania”,  and the man is known as “Matt”, usually carry built-in health warnings.  Lucinda Riley has, however, constructed an intricate plot, linking wartime London and contemporary Ireland.  The story largely revolves around a secret (which I may not reveal) from 1914, which is disguised until late in the novel.  Aurora, who is the narrator, has lost her mother, and Grania is a sculptor, and let us say that they discover a family connection.

There are familiar themes here: the triumph of hope over loss; romance; a foundling; a missing brother; but the writer skilfully steers her story between past and present with energy and freshness.

The narration is very occasionally irritating – it seems as if the reader is being told how to react or feel, but the only real weakness is some perfunctory characterisation of the minor players. Take the Russian dance teacher, for example.  Not only is she burdened with the title of Princess Astafieva, but she is also made to pronounce (a Sobranie to hand, of course): “Zen we shall put on some music and see how the leetle one respond.”    A minor criticism, I admit, and although the device of the past returning to invade the present may not be another Atonement, this novel is good, hearty storytelling.   If this is “Chick Lit” then count me in!

Reviewed by Les Tucker
Les enjoyed a teaching career in Further and Higher Education, moving from English to leading a Drama and Performing Arts Department. He studied Spanish History at University and still lists History as one of his main interests. He has never stopped being a trainspotter and wears his anorak with pride. His other sources of pleasure, if not profit, are the Turf, the British brewing industry and experimental theatre. Les is a scriptwriter and drama examiner. He describes himself as an omnivore where books are concerned.