Revised Planting Plan for 2012 – In Praise of Plug Plants 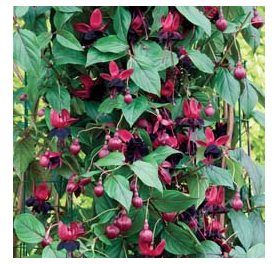 Isn’t it amazing how quickly sometimes plans have to be revised?

I’ve had to devise new plan where we will be using plug plants from established plant growers via the post for our front garden instead of growing from seed. Why plug plants? Four reasons: you know when they will be arriving, when you receive them they are well established, they take off like billyo and they have labels!

Why the new plan? With the prospect of our conservatory being turned upside down to store furniture from the sitting room and elsewhere in the house, because we are having some plasterwork and then redecoration done, I realised my seed planting plan was in peril because it’s in the conservatory where I grow all my plants from seed.

This is what is on order from: Thompson & Morgan 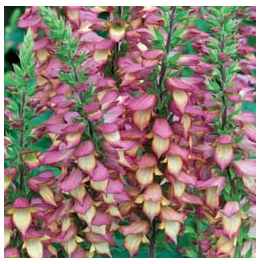 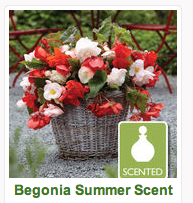 From Gardening Direct: Some beautiful scented begonias and some Monet coloured petunias for the hanging basket
From Crocus: some fabulous sweet peas
From Homebase: I’ll be getting some shamrock and some beautiful chocolate cosmos as recommended by Jo Swift.

In between these I’m going to fit in two tall supports for some sweet peas my sister will be growing for me in her greenhouse. And I’ll have to rearrange some of the existing plants, either moved into the back garden or given away. 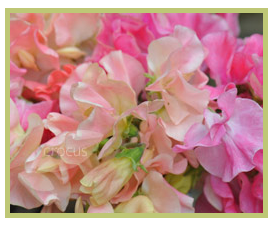 In some ways being pushed into adapting to a new plan has been easier than planning from scratch. Having ultimate choice in daunting. All I have to do now is make sure the plants are sited so they don’t fight with each other over space nor clash in colour.

Other plug plants I’m expecting for the back garden include celery, onion, brussel sprouts, cabbage, sweet corn, beetroot – all except the onion will be grown under protective netting to keep the pigeons from guzzling the lot! The brussel sprouts I grew from seed last year have been very successful, we still have some to eat now in early February. The kale is still giving leaves to cook but the leeks are frozen solid in the ground.

So, onwards and upwards! Gardening is a joyful occupation that gives me so much pleasure and lots of challenges.