Incontinence – My most embarrassing experience 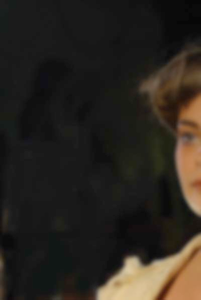 Incontinence sometimes feels more than embarrassing, it feels dirty, shameful and discourages contact with the outside world, in case you ‘leak’. This is not an unusual situation for a woman to find herself in, especially having had children, and more especially once you get beyond 60. Muscles have a tendency to lose their elasticity and this is when incontinence problems creep in. It’s not just the pelvic floor that is affected. Chewing your food where the jaw has lost some of its strength and doesn’t quite line up as it did before. This results in biting your tongue unexpectedly, or the inside of your cheek.

Much of this comes as a surprise to those of us who have kept fit and active. The effects of aging do vary, but they inevitably affect most of us.

For 40 year old Evie, it was when she was rushing along the platform at Paddington to catch the train back home that the first really humiliating accident happened.

It was Summer, and I was wearing a Nicole Farhi pale silk skirt, with bare legs and sandals. How could I forget.

I had had, on occasion over the previous couple of years, drips up until then – drips and sometimes trickles. But this time, as I ran, it was as if a bucket had upended inside me. It trickled down my legs and splashed onto my feet.

My skirt was stuck to my thighs. I kept running – it was all I could do. I had to catch the train – if I didn’t, I would be late picking my son up from school. I just hoped that if I ran fast enough, no-one would notice – I would be an indistinct blur, not a middle-aged woman who had wet herself … And anyway, I told myself, there’s no-one on this platform I’m ever likely to see again. Thank goodness. Once on the train I just rushed into the toilet. Not to go – no, I’d done that already. I pulled off the sodden and completely ruined skirt and equally sodden knickers. I tied my cardigan (oh thank god I had one) round my waist, and holding my bag (into which I had stuffed skirt and knickers) awkwardly in front of me, made my way to a seat. And at the other end, I just hoped for the best.

Since then, I have found out what it is all about. I have a prolapse due to a very difficult birth ten years ago, and it’s too far gone for pelvic floor exercises. I’ve had to come a long way in coping with it. Five years ago, it was getting worse, gradually. Crossing my legs when I knew I was about to sneeze, and sitting down if anyone made me laugh hysterically was just the beginning.

It’s now also affecting my bowel – the last taboo – but I have found ways of coping. The bowel was of course a terrible shock. I just didn’t believe it at first. Finding smears, I imagined, irrationally, I hadn’t wiped properly. For what else could it possibly be? When it became more than smears, I wondered if I had some kind of light diarrhoea. I felt puzzled, and a little frightened. I didn’t want to tell even my doctor, and I couldn’t tell my family or my best friend.

Urinary stress incontinence seems a cinch in comparison – almost something I mention in passing. They even refer to it on the adverts on the tv these days. Bowel stress incontinence is something else. It is, (and just don’t carry on reading if you can’t stomach it) exactly like leaving the top off a tube of toothpaste. That is the nearest way of describing it. Luckily, it only happens for 24 hours once a month, when my period is at its heaviest and the stress is at its greatest. And that, you will be happy to know, is as bad as it gets. The rest is good news.

You can, of course, have operations to put prolapses right. Most women can be fixed, and the kind of problems I have are something that usually much older women have to face, or anyone, like me, who for one reason or another, can’t have the operation. But there are ways of coping, and with the help of a good gynaecological therapist and adviser – ask your doctor to refer you – the problem is not unliveable with.

Pelvic floor exercises are the first stage, although after a while they didn’t work for me. I decided to try yoga. Upside down poses seemed to help, (well, it makes sense, doesn’t it?) and as I practised yoga every day my general fitness fitness improved. I learned how to do head stands and shoulder stands, and generally felt far more in control of my body. I used panty pads every day just in case, and support pants (big pants – who cares?) added to a feeling of ‘held in-ness’ and security.

When the bowel thing started, I despaired for a while. I felt dirty, and unfeminine. But then my gym adviser told me about Immodium tablets, which can be taken just on those one or two stressful days to hold everything in, and which work almost instantly. She monitored me carefully, making me write down a diary for a month, and then advised me to look carefully at my diet during the days leading up to my period. Less fibre and fruit means firmer stools. A football is less likely to fall out than peas – see what I mean?

Then, six months ago, I started jogging. Now this is something I had not thought I could do anymore – it was just too risky after the Paddington Station incident, wasn’t it? But I had a dog, I had a river with a tow path, and something made me go for it.

I prepare myself well. ‘Poise’ incontinence pads for ladies are discreet and effective. No drinks just before. A long T-shirt that reaches below my thighs just in case anyone but the dog is looking. A last minute visit to the loo, and I’m off. And something incredible and unexpected has happened. Having jogged a mile or two three times a week for several months, the pads have started coming home dry! I’ve lost a kilo or so, true, and I’m generally fitter. But I hardly ever leak, even running for a bus. I still cross my legs for sneezes and sit down for giggles, but apart from that one day of the bowel thing, I am absolutely fine – in control and fitter than ever. I’ve even discarded the support pants and only seldom wear a panty pad. It’s not cured, of course, and the problem could get far worse, apparently, during menopause. But for the time being, what is described as a purely ‘mechanical’ problem, that needs hoisting, stitching and mending, has miraculously got itself better by other means.

But I don’t tell anyone. No, not even my partner. There are just some days/nights when any kind of intimacy is absolutely strictly out of the question, and that’s that – don’t even go there, as they say …

And no, the skirt didn’t survive. Not even dry cleaning could help.

Incontact is the UK charity for people with bladder and bowel problems. Visit www.incontact.org or call 0870 770 3246

Do you have an embarassing experience you feel would benefit our readers to read about? Do get in touch – I guarantee absolute confidentiality.