A revolution in eating out 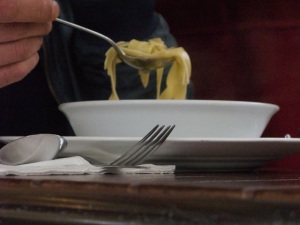 A lot of change has taken place recently in the restaurant sector in London and across the country too.

It used to be that  those venturing to the capital for an evening  in the theatre, cinema and concert hall would be somewhat restricted in the question of eating beforehand.  Several chains and independent restaurants would offer a pre or post – theatre menu (and indeed, many still do) but the options would be a two or three course meal, without or with a glass or more of wine.  The problem might  be eating a large meal either around 5 or 6pm,  or, less likely, one after 10pm.  The former may well be too early, the latter too late for the average person. 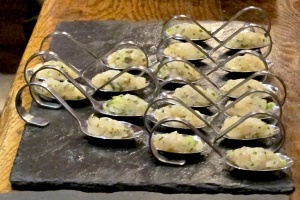 Now the buzzword is ‘streetfood’,  sometimes turning up in the guise of ‘small plates’.  They offer the opportunity to eat as little or as much as you like, small quantities at a time.  Washed down, of course, with as much alcohol as you feel appropriate.

Nothing really new here though.  The Spanish, for example, have had their tapas for centuries.  The origin of the term is interesting:  the word ‘tapa’ means ‘lid’ – in the distant (and not so distant) past, when flies would be buzzing around in the torrid heat of the Iberian peninsular,  the landlord of the inn would place a lid over the receptacle containing alcoholic drink, and, in true entrepreneurial spirit, would place a small tidbit – an olive or two, some nuts, some dried fish – on it. 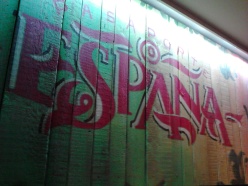 These days in London, tapas are big business.  They are well represented in the small chain of La Tasca tapas bars, the latest of which has just opened in refurbished premises on Maiden Lane in London’s Covent Garden.  With astonishing candour, the people now in charge acknowledge that the previous incarnation of the tapas bar there fell short of perfection.  The claim now is that the food is fresh, not frozen, and the menu and wine-list far more inventive and interesting.  That certainly was the case when I was entertained at the re-opening night.  The food was delicious and the wine of good quality at non-outrageous prices.

London is awash with places where you can choose a varied and interesting combination of small dishes.  Wahaca, a Mexican chain, boasts particularly fresh ingredients.  If your taste is for Indian streetfood, the Masala Zone’s the one for you.  And even regular restaurants now offer so-called small plates.  While a traditional starter may be a bit on the minimal side (and restaurants may show a reluctance to supply less than a main course), a small plate or two may be just the ticket for a pit-stop at an hour or so before the customary supper hour.

And springing up all over the capital are markets offering freshly prepared streetfood using prime ingredients.  The West Yard at the previously rather tacky Camden Lock Market sports stall after stall of tempting goodies, all at reasonable prices.  In one of London’s newest hip area, the revitalised King’s Cross, you’ll find amazing stalls on Granary Square, the place to go for an al fresco lunch perhaps before boarding the Eurostar for le continent.  In fact, it’s hard to be in a place to be without having delicious delicacies on offer.  London’s foodies are indeed being well catered for these days!