Football through the Viewfinder – Sports Photography

Television sports news reminds me of the football league matches I attended as an official photographer. They were rough, both on and off the pitch. Men and boys (well some of them) seemed to think it was a good time to be rude, spiteful and crude. 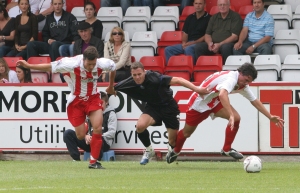 I spent two years photographing pitchside and found it a dangerous and frightening place to be, some of the time. Avoiding footballs was the biggest worry, my reactions must have been pretty good as I managed to dodge them all, sometimes twice in a match! On one occasion another photographer wasn’t so lucky and incredibly the crowd cheered when he was hit! 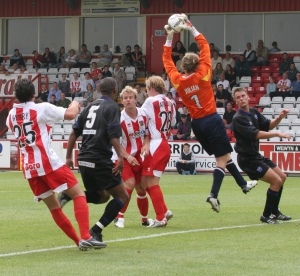 Spectators in the seated areas displayed greater restraint than those in the standing areas. One very large woman at one end of the pitch spent all her time castigating the players, of both sides, with a liberal helping of strong language. The poor ball boys were even shouted at and they had a really hard time. Sitting on small plastic seats they had little to do but when they did they had to move fast and throw it in the right direction to the right player, which wasn’t always obvious!

Referees were always the butt of jokes, cat calls, crowd abuse and aggravation from players. Eddie Keogh’s famous photo gives an insight into what can happen when feelings run high. 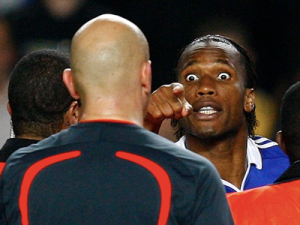 Did the ref get it in the eye?

This referee appeared to take all the aggravation in her stride. 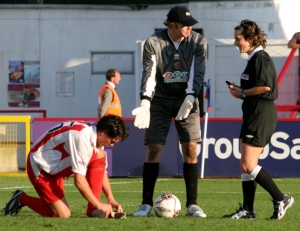 It was interesting when the crowd thought something was not right – there was a collective rush of sound, a mix of loud gasps and murmuring, often resulting in loud disputative noise. 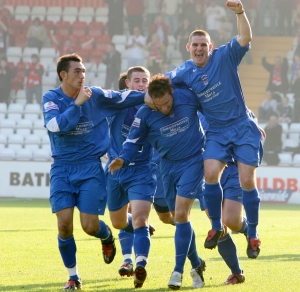 Did I enjoy my two years? Well I enjoyed taking the photographs and getting good shots, and of course getting my pictures in the papers. But I didn’t feel comfortable for most of the time, nor welcome really. A fellow woman photographer had a can of beer thrown at her, from behind, her head was split open and her camera was ruined. I decided to call it a day. 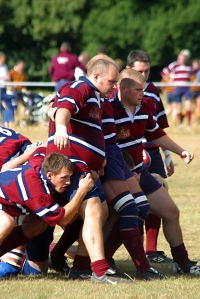 Perhaps if I had appreciated the finer points of the game I might have got more out of the experience. As it is, I prefer rugby, the players are great guys and my photoshoots have always been positive and no one has ever thrown anything anywhere near me!