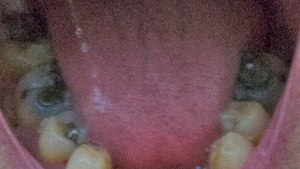 For a long time in the alternative health and more recently in the popular health press, concern has been flagged up of the possibility of mercury leaking from tooth filling amalgam. A lot of money can be spent on having fillings removed and replaced by non-toxic amalgams, even going abroad to save money.

So it was interesting to read on the QuackWatch http://www.quackwatch.org/ of reviews that dispute the toxicity claims. I am reproducing it in full:

A study of 56 patients who claimed to have symptoms caused by mercury in their amalgam fillings has found that none of the patients had significant levels of mercury in their blood or urine levels. The researchers noted that 20 of the patients has previously been previously diagnosed with mercury toxicity by “commercial practitioners using unconventional testing panels.” [Eyeson J and others. Relationship between mercury levels in blood and urine and complaints of chronic mercury toxicity from amalgam restorations. British Dental Journal 208(4):E7, 2010]http://www.ncbi.nlm.nih.gov/pubmed/20186178 A recent review by the American Dental Association Council on Scientific Affairs concluded: “Studies continue to support the position that dental amalgam is a safe restorative option for both children and adults. When responding to safety concerns it is important to make the distinction between known and hypothetical risks.” [ADA Council on on Scientific Affairs. Literature review: dental amalgam fillings and health effects on amalgam fillings and health effects. Amalgam Safety Update, Sept 2010]http://www.ada.org/sections/professionalResources/pdfs/amalgam_literature_review_1009.pdf

During the past few weeks, unjustified scare headlines have been generated by an anti-amalgam campaign that involved testimony at an FDA hearing. In response, Robert S. Baratz, M.D., D.D.S., Ph.D. noted:

“The simple truth is that there is no significant risk because amalgam fillings are safe. . . . The promotion of anti-amalgamism is regularly linked with fringe practitioners, people with financial interests in promoting something else, and pseudoscience. Based on past practices, and rhetoric, I’m one of many who conclude that the anti-amalgamists resemble more a religious cult than a group of serious, objective scientists searching for the truth.” [Baratz RS. More notes on the anti-amalgam movement. Dental Watch, Dec 18, 2010] http://www.dentalwatch.org/hg/hearings/fda(2010).html

Earlier this year we wrote about a checklist of questions to ask before travelling abroad for treatment issued by the General Dental Council,  reproduced in this Health section.