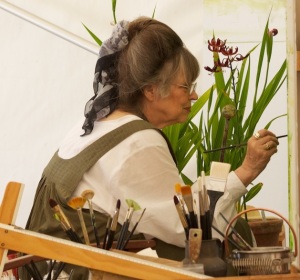 I first met Christiane Kubrick when she took part in the Open Studio event in 2003 and since then I have made a point of going to her annual Arts Fair at Childwickbury, near St Albans.

Christiane has painted since she was a child, creating theatre sets, some even with electric lighting which nearly killed her!

In 2011 she used backdrops she designed for the set of Hansel and Gretel for the production at the National Theatre, in the area devoted to children working on their own painting. The backdrop included a mysterious eye and a witch that appealed to many children and whose paintings had a mysterious bent. 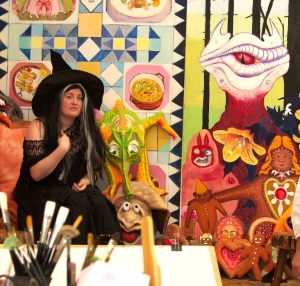 The witch and the Eye

I interviewed Christiane about her life of art and theatre in 2008 when she spoke of her work, her husband Stanley and her background.

At 80+ she continues working daily on her painting and you will be able to to watch her working on her latest work at the Fair.

Her daughter Katharina is also a prolific artist with a figurative style of her own who will also be painting at the event as will many artists and craftspeople. 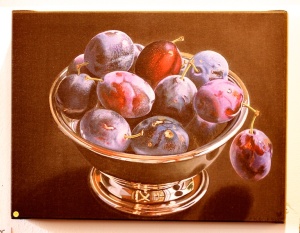 The work of Katharina Kubrick

I’m looking forward to the next Arts Fair 6-7-8-July 2012 where it will be possible to watch crafts people at work … fascinating for all concerned. And there is a programme of events specially focussed on children’s interests, juggling, felt making, face painting and concerts in the evening. A three day event it is something of a celebration of creativity as well as a great day out.