I knew we were low on wine, in fact only a couple of bottles of rose cava which we usually only drink on special occasions, were loitering on the shelf. So I thought I would have another look at the Virgin Wine website where I had ordered a case of mixed white wines earlier in the year. Although my husband had sniffed at the absence of corks we rather liked the selection and they were drunk enthusiastically.

Now don’t get me wrong. I am most definitely not a wine connoisseur, I’m unable to tell one grape from another. However I have made wine over a period of more than 35 years with various ingredients, from potato to sultana, from peach to raspberry and also our own grapes grown in the garden, so I have a certain tolerance/experience of unusual/different flavours.

With wines conventionally made from grapes I know what I like the taste of and it is quite a range, but I always enjoy Chardonnay and Merlot, without always looking at the label. So looking at the Virgin Wine website I was interested to see what was on offer in their Auction section. 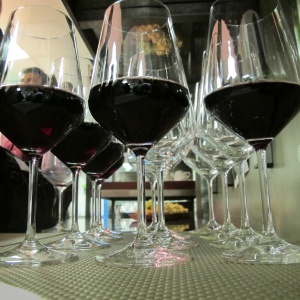 Several cases of really interesting mixes and bids were quite low. The bidding works like e-Bay, so I put some bids in and noticed the bidding increased as the time ran out, and I didn’t win any.

Although I was pleased my strategy had worked, how on earth would I explain this ‘success’ to my ever loving husband? I really hadn’t expected to win any actually, the bidding was quite fast towards the end and I couldn’t tell whether mine had been successful. I knew the auction conditions do not allow cancellation of bids, so six cases of wine were instantly winging their way to me. I decided to send him an email, much easier to explain the finer details than face to face explanation – no I’m not a coward, but he is profoundly deaf and all that entails …

Darling Good news, I have ‘won’ several Virgin wine auctions, average price £4.0729 a bottle. The bad news is we will have to find enough space as I have been rather more successful than I expected … Good news also, we won’t have to buy any wine for a few months … Just don’t be surprised when several boxes arrive … L/Kate, your rather too successful wine auction bidder!!!

I received what I thought was a fantastic reply:

We could ask the family to look after the excess. Well done! 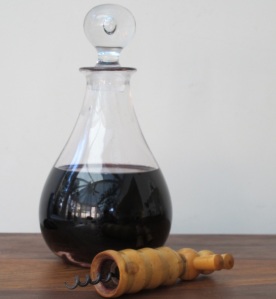 Decanting red wine of any origin always improves it

How supportive is that? Actually I wouldn’t trust the family to look after the excess … too much of a temptation, so we will be finding space in the garage. I wonder whether I would be just as successful again … reluctantly I have given myself a six month ban before I have another go.  The Virgin Wines promise of a refund if you don’t like the wine  was very reassuring. I hope we like all the wines, but realistically there may well be some we don’t, in which case it will be interesting to see how the system works. One bonus that popped into my mind, with the cost of the cases being so reasonable we might consider giving some as Christmas presents, but then again … www.virginwines.co.uk/auctions